According to the research of Rachel Linnell Wynn, John disappeared from the family not long after his son Virgil was born in 1821.  Stories of what happened to him were passed down from generation to generation, but no one really knew for sure. Did he drown in a lake looking for land? Was he killed by Indians on a cattle drive in Vermont?

After 1821 John traveled north to Canada and by 1826 was married to Mary (Waddell?).  In 1837 John is listed living in Minto, Township outside of Toronto “Linnell John Concession 8, lot 1 Mono L540” and was later listed in the 1851 Census in Arthur, Minto, Wellington, Ontario Canada.  Eventually, John moved to Egremont, Grey County, Ontario, Canada where he died May 23rd 1864.

John and his second wife Mary had Joseph, Ann, Sarah, and William.  The picture that starts this thread is a side by side comparison of two of John’s children, John Warren Linnell Jr. born on August 20th, 1815 and Joseph born on October 27th, 1827. 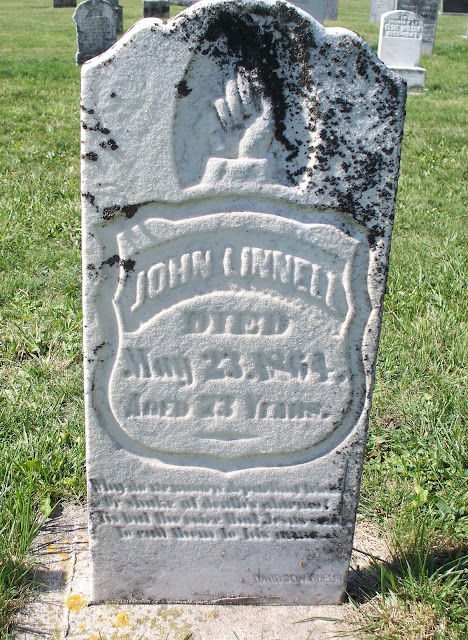